I attended a Japanese wood carving course in the autumn of 2014 and was reminded of Hokusai’s work . I produced a series of images over the new year based on his famous wave image , using permanent markers and doodling 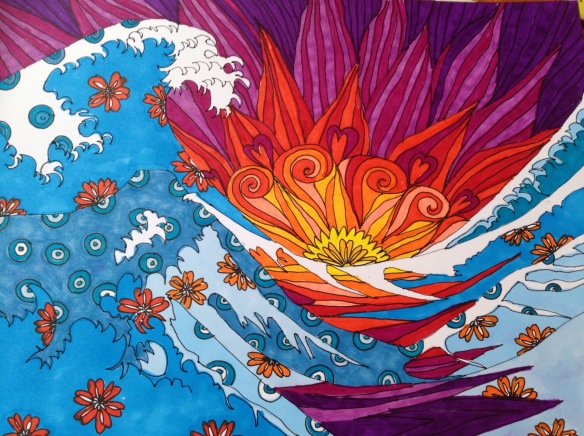 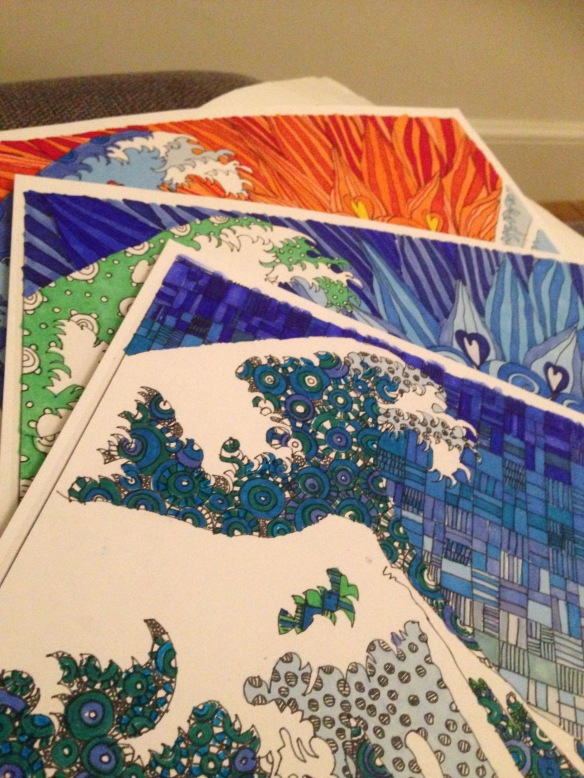 When I searched for Mount Fuji wood cut images as initial research for my journal page – I realised that the prompt might have been influenced by : Each and every master, regardless of the era or the place, heard the call and attained harmony with heaven and earth. There are many paths leading to the top of Mount Fuji, but there is only one summit – love

So it seemed apt to base my image on Fuji – the wave image had leant itself very well to my doodling style. I struggled to manipulate the mountain and combined paint and doodle . I still wasn’t pleased with the overall concept. 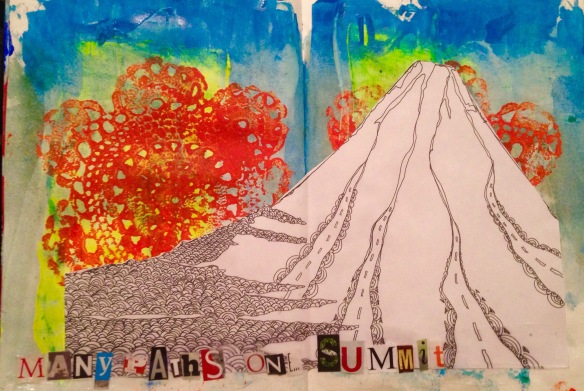 I was struck by the singularity of the prompt after ‘Everything can be our teacher’ prompt – my post materialistic leanings insisting that they would be as many summits as there were people to climb them – each summit would be different which ever path was climbed . No two experiences ever being perceived as exactly the same

Edinburgh is built on two old volcanoes – so a Hokusai/ doodle treatment of Arthur’s seat seemed in order
I still wasn’t happy with my design so I attacked it with stencils, gesso, acrylic paint , biros and water soluble colour pastels 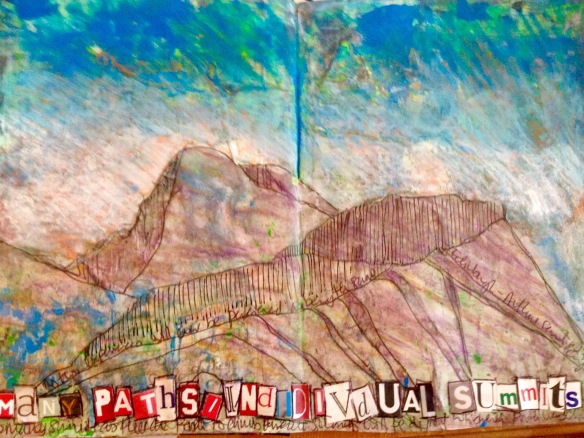 I forgot to add my doodle representation of Arthur’s Seat 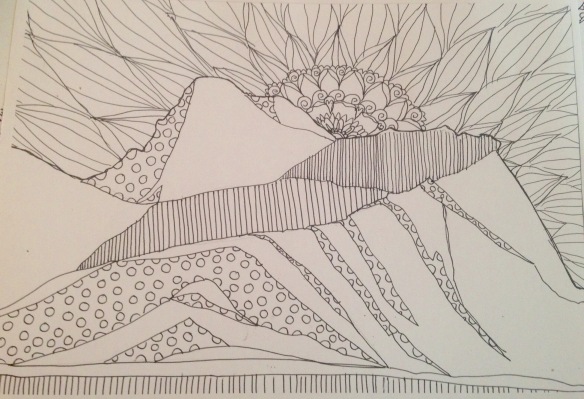 1 thought on “Many Paths- many Summits”